The miracle of black powder

Posted date:2021/12/04
How to shoot fireworks is simple. Set a metal mortar whose one end is closed and put gunpowder (this is called lift charge) into the mortar. And then, put a firework shell onto the lift charge and ignite the shell. 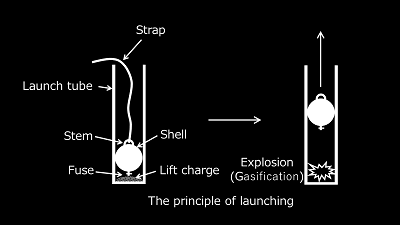 By this means, firework shells are shot by the combustion pressure of the lift charge. Whereas a pyrotechnician stood besides the mortar and threw a shell into it before, electrical ignition is a major way these days.
The mortar had been made of wood in the past, and, after that, metal mortars were used. These days, we use mortars made of stainless steel, which is light and robust, or of fiber-reinforced plastic. The inner diameter of the mortar is designed according to the size of the shell to prevent the combustion gases of the lift charge from leaking. For example, in the case of a shell with its diameter of 28.5 cm (No. 10), we use a mortar with its inner diameter of 30.3 cm, its plate thickness of 1.5 mm, and its length of 1200 mm.
Small black powder is used for the lift charge. Black powder is an explosive made from potassium nitrate, sulfur, and charcoal. It is said to have been invented in China around the 6th century. There are other types of explosives, such as nitrocellulose and trinitrotoluene (TNT), among which black powder can generate pressure at the most adequate timing and it has a particularly good performance for shooting fireworks. 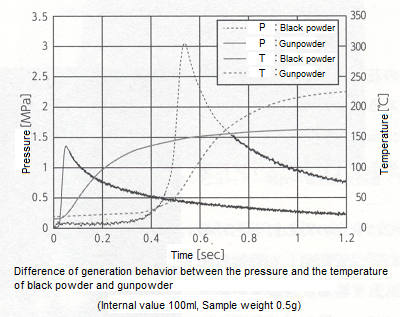 
When you hear the sound - "dong"- at the venue of a firework festival, gases of 7 atoms are generated at the bottom of the mortar, and a No. 10 firework ball (weighing about 8 kg) is launched at an initial speed of about 100 m/s (360 km/h). It will reach a height of 300 m from the ground in about 6.5 seconds and become a so-called firework with a diameter of 320 m.
In simulation fireworks, the sound is simulated, and the physical phenomenon of launching is calculated and visualized by computers. Don't you feel more excited by imagining that these phenomena are simulated while the fireworks shows are opening with the sound - dong - hurrah - dong?
See list of blogs and more.